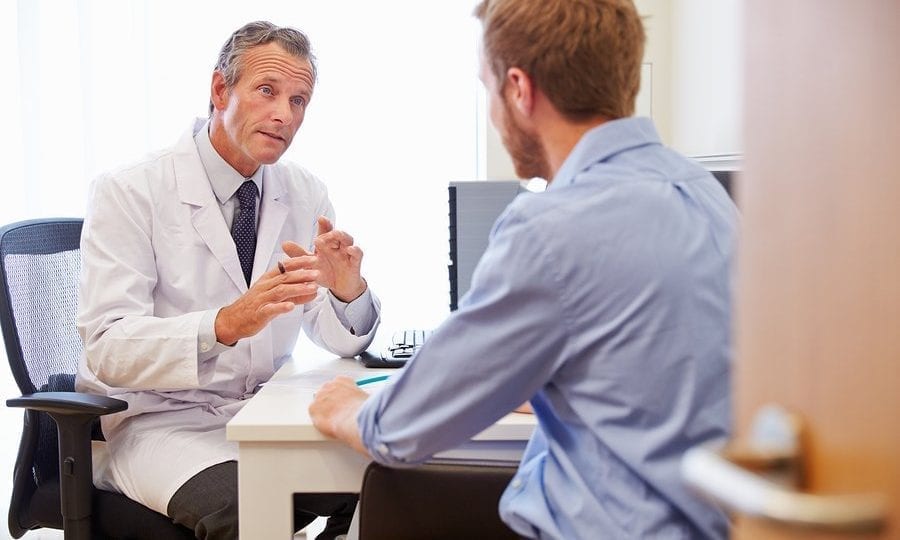 The Medical Negligence Experts specialise in all areas of medical negligence, making us the best solicitors to turn to when making a cerebral palsy birth injury claim. We help victims and their families get the compensation they need and deserve.

Find out how much your claim could be worth now…

As natural as the process may be, childbirth carries significant risk, sometimes leading to cerebral palsy claims. Babies are incredibly fragile and so much can go wrong that can have devastating effects.

Sometimes, despite regular monitoring, a baby’s brain does not develop during pregnancy or is damaged during a difficult birth, and there are occasions when this happens despite the best efforts of all medical staff involved. However, if you believe your baby developed cerebral palsy because of negligent care, you may be able to claim compensation for damages.

What is Cerebral Palsy?

Cerebral Palsy (CP) s a condition which affects muscle development and coordination. In the majority of cases, it results from lack of oxygen reaching a baby’s brain while they are still in the womb or during birth. However, it can also result from developmental issues and, in very rare instances, flawed genes.

Cerebral Palsy affects everyone differently. Some may struggle with balance while others have severe muscle spasticity that prevents them from walking unaided, if at all. Although symptoms can be eased temporarily with treatments like physiotherapy, there is no cure for Cerebral Palsy and babies who develop Cerebral Palsy will need support and care in one form or other for the rest of their lives.

Cerebral palsy is not progressive, though. Brain damage doesn’t deteriorate further, but symptoms can worsen or change over time.

There are four different types of CP.

The most common is spastic, which affects around 70% of people with the condition. This type of CP features frequent and painful involuntary muscle movements that may show in:

Spastic CP results from damage to the part of the brain which controls conscious movements. Cerebral Palsy Negligence Claims can occur for Spastic CP as well. As well as damage to the pyramidal tracts that pass signals to muscles from the brain.

Athetoid CP is much less typical than spastic CP, affecting around only 10% of people with Cerebral Palsy. Muscles can be either rigid or floppy, and babies with this type of CP frequently have trouble with their feeding. Athetoid CP results from damage to the cerebellum, which affects balance and coordination, and the basal ganglia, which affects eye movements and voluntary motor function.

The third type of CP is Ataxic. This kind is probably the least common type of CP. Plus, it happens when coordination and balance suffer due to damage to the cerebellum. It shows in shaky limbs and problems speaking clearly.

Mix CP is the last Cerebral Palsy category. It occurs when more than one area of the brain suffers damage, leading to a variety of these symptoms. CP can affect one limb, one side of the body, or all four limbs.

Negligence can occur when these risks don’t receive proper monitoring. For example, older mothers should be given the option of more frequent antenatal checks. This can help ensure their baby is developing normally.

Babies monitoring should occur during labour. Accordingly, you can identify distress quickly and take steps to expedite birth. Women who are at risk of a difficult birth, either because they have a history of it or a contributing condition such as obesity, should also be monitored more closely than what is typically considered normal in the UK.

The brain damage that leads to cerebral palsy can happen in utero and during delivery, but it can also happen if conditions such as hypoglycemia, meningitis or jaundice are not detected and treated quickly.

All of these risks are accepted by the medical profession. Some need managing to avoid negligence. For example, a mother with a strep B infection can take antibiotics so she does not pass the infection on to her baby during childbirth. But the symptoms of a placental abruption need to be investigated quickly and effectively to protect the health of the mother and baby.

The NHS Litigation Authority is the organisation which manages all claims for compensation brought against the NHS. Figures show that although obstetrics accounts for only 10% of all types of claims, the money in compensation for pregnancy and birth negligence is more than 45% of all claim payments. This imbalance shows how serious obstetric negligence can be, causing injuries that require a lifetime of care.

There have been several recent high profile cases where compensation goes to children left with Cerebral Palsy as the result of medical negligence during her birth. A nine-year-old girl in Northern Ireland received a package of compensation that totalled around eight million pounds over the course of her lifetime.

Because the hospital trust accepted responsibility, the solicitor acting on behalf of the parents of the girl was able to secure an interim payment of half a million pounds followed by a lump sum of 1.6 million pounds, with the rest to be paid in instalments as she ages. This figure is extreme, taking into account her catastrophic brain damage and the extent of around-the-clock care she will always require. However high a compensation payment is, our medical solicitors know parents would infinitely prefer their child was healthy and normal.

Another significant compensation payment for cerebral palsy was made in Norfolk to a seven-year-old girl whose mother had a condition that gave her pregnancy a higher than normal risk – a condition which was ignored when test results late in her pregnancy was abnormal.

Cerebral palsy compensation isn’t a windfall or a lottery win. Furthermore, claimants are not lucky for winning significant sums of money. Compensation is legal and financial recognition that injustice occurs. All because a medical professional errs or fails in their duty of care.

In turn, an innocent person faces a world stuck with life-altering injuries. Compensation for Cerebral Palsy can cover the expense of:

In both of the examples given above, claims often take years to resolve. Moreover, the payments are a mixture of an initial lump sum plus index payments over the course of the child’s life. Cerebral Palsy negligence claims take longer than the average medical negligence claim because of the complex nature of the injuries and because the extent of the damage cannot be determined until the child grows and develops.

It is not unusual for complex CP claims to take five or more years. However, as seen in the Northern Ireland case, where the other party accepts liability, then the solicitor acting for the child can request an interim payment of compensation to cover the cost of their immediate needs.

Compensation payments for Cerebral Palsy claims are typically in the form of a lump sum plus instalments. The money goes into a trust, under authorisation by the court. It will pay for expenses that correspond with the child’s disability. Future payments can be indexed to account for the cost of inflation.

The process for claiming compensation for Cerebral Palsy is the same as for other medical negligence claims. There are four criteria which need to be met for a claim to have legal grounds.

The nature of cerebral palsy claims

Most complications from Cerebral palsy start when a child is very young. Particularly with regard to:

Our legal advice is to start your claim as early as possible, above all. Even if the implications of your child’s injury are not yet able to be diagnosed. The Medical Negligence Experts offers a free, no-obligation consultation with a legal advisor who specialises in this field of law. Such specialists can answer initial questions about your right to make a Cerebral Palsy claim and how to do so.

There are several options parents and guardians have if they are claiming compensation on behalf of a child. Cerebral Palsy claims are one of few medical negligence claim types where it may be possible to obtain Legal Aid. However, not all cases will qualify.

Some parents have insurance that will cover the legal cost of their claim. Meanwhile, others may use their own money to pay their legal fees upfront. This option is risky, as there’s no guarantee of a successful outcome and you could lose your life savings.

The No Win No Fee Agreement

More common is to claim using a No Win No Fee* agreement. If your claim qualifies, your solicitor will offer to represent you without accepting any money in advance of obtaining compensation. If you win, you pay them an agreed percentage of your total compensation award as well as a success fee. And if your claim is not successful, then you do not have to pay them anything because they will waive their expenses.

The other party may seek to reclaim their expenses from you, as is typical with compensation claims, but your solicitor will ensure you have adequate insurance in place to cover that outcome.

No Win, No Fee* claims, or Conditional Fee Agreements or CFAs, are the most affordable way to claim compensation. Particularly if you want to minimise any financial risk to yourself. Talk to us today to find out of you may be eligible to make a No Win, No Fee medical negligence claim.

The Medical Negligence Experts work with leading medical negligence solicitors around the country. Call or contact us online for advice about your circumstances and find out how we can help you.

No Win No Fee

We assess all claims on a No Win No Fee basis, then we can determine how successful a claim is likely to be without providing you with any risk.

We assess each claim on its merits with the information provide, which aids us to determine its likely success rate.

Our dedicated panel are experts in securing compensation no matter the injury.

Our personal injury lawyers are committed to securing the best possible outcome for you while providing expert support with every step of the way.

Each client is provided with their own Medical Negligence lawyer who will work on the case from start to finish, being there every step of the way.

The client will be provided with a direct phone number and direct email address of the lawyer.

Didn't find what you were looking for?

Why not leave your details and one of experts will give you a quick ring.

Speak to an Expert Now

By continuing to use the site, you agree to the use of cookies. Find out more